Warning: "continue" targeting switch is equivalent to "break". Did you mean to use "continue 2"? in /home/videotov/webapps/wp_site/wp-content/plugins/gravityformsuserregistration/userregistration.php on line 3547
 Scuba Diving with Sharks: The Ultimate Tropical Vacation for Adventure Lovers | VideoTov
spankbang xxnx porncuze porn800.me
X

This time of year, when the cold and dark seem endless, we all start fantasizing about flying away for a tropical vacation. Feeling the sun’s rays beating down, sipping a frozen beverage, digging our toes into the warm sand, scuba diving with sharks. Scuba diving with sharks?! To the average person, it may sound scary. But if you’re an adventurous traveler, it’s one of the most incredible experiences you’ll ever have.

Recently, one family got to drop in on the shark-infested coral reefs of Jardines de la Reina (The Queen’s Gardens), just off the southern coast of Cuba. Known as one of the few remaining undisturbed coral reefs in the world that’s open to divers, Jardines is home to tangles of coral, undulating anemones, schools of fish, and several species of sharks, including silky sharks and Caribbean reef sharks. 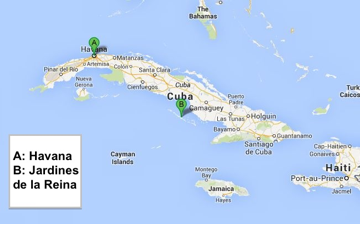 A mother and her two sons, who never miss a chance to try a new adventure and capture it on video, couldn’t wait to suit up and hop in. The family’s dive instructor told them to keep their hands close and stay at a safe distance. “But if the sharks want a piece of you, there’s really nothing you can do about it,” explained one of the sons.

“At first you see only one or two sharks pass by, but in certain areas there were several more. And when the guides brought out food, several dozen sharks appeared,” he said. But once the divers were used to being surrounded by sharks, they all relaxed and just enjoyed the spectacle.

The highlight of the experience was the fact that the spinal column of silky sharks is arranged in a way that allows divers to grab onto their tails and hold them up. “At that point the sharks temporarily enter this limbo sleeping state, and you can HOLD THEM LIKE A PRIZE!” It was, said the younger brother, “One of the coolest moments in my life.”

For six glorious days, the family got to live on a boat in the protected park, and they spent every day diving, relaxing on the beach, and grilling fresh-caught fish.

“It really was a once-in-a-lifetime experience,” the older brother declared. He loved exploring Cuba, meeting new people, and spending time on the beach. “By far, though, the highlight was the intimacy with the sharks.”

The family knew they wanted to make a short video to share with friends and family on Facebook and YouTube, but they had no idea how to edit the footage to make it exciting to watch. They had heard about VideoTov´s service, and they jumped at the chance to have a professional editor do it for them.

After they arrived safely home, the family uploaded their video footage and photos to the VideoTov platform. VideoTov video editor Anthony Gourdine collaborated with the family to create an incredible, professional movie for them to watch and share.

“The goal of this video was to give the family and the viewer a chance to relive their vacation in Cuba while trying to keep the mood fun and energetic,” says Anthony. The key was finding the right song (Counting Stars by One Republic). “The music lead the way for certain shots and actions. After that it just seemed as though the video finished itself.”

When editing adventure videos, Anthony aims to make viewers feel like they’re inside the footage. “I love to recreate the moment I believe is happening,” he says.

Even if you never get the chance to scuba with sharks, you’ll know the rush of swimming in a shiver of sharks—just click on the video at the top of the page!

Want to turn your footage into a professional movie? VideoTov makes it easy! Click here to get started. 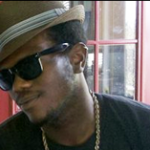 Anthony Gourdine is freelance editor, motion graphics artist, and compositor who lives in Lancaster, California, and is part of VideoTov editing team. He graduated from Brooks Institute of Photography, where he majored in film and video production.